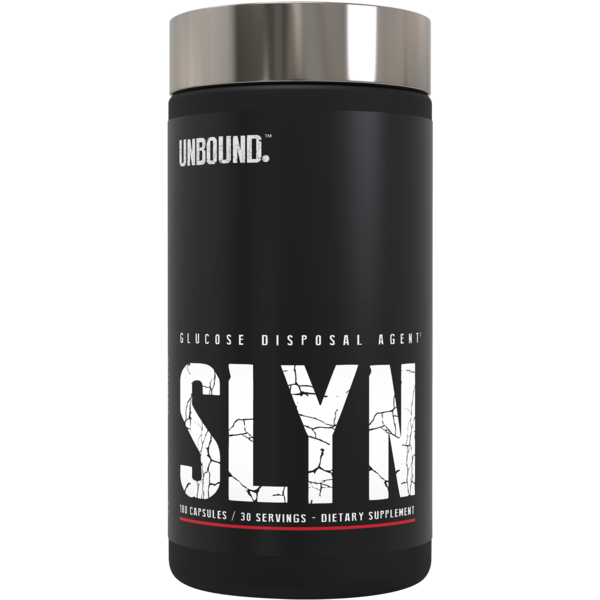 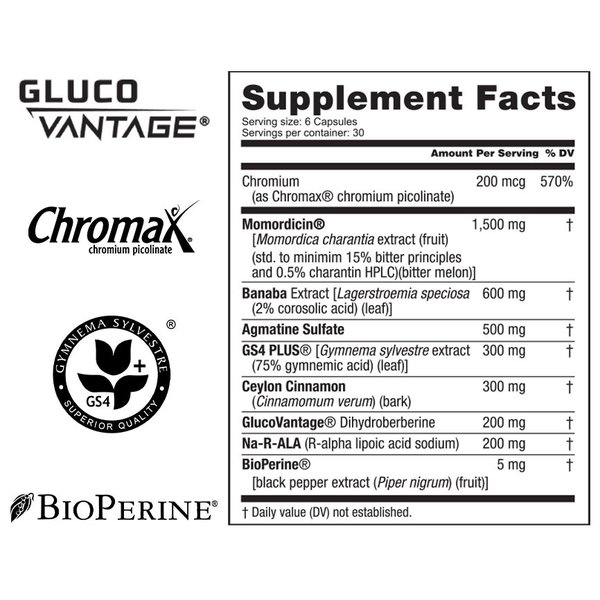 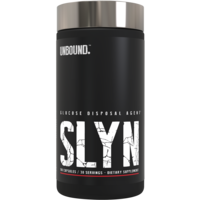 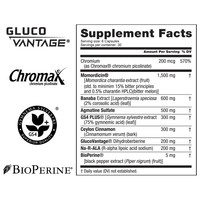 SLYN
GLUCOSE DISPOSAL AGENT
SLYN is not your everyday GDA. It's for those looking to maximize their lives and use every gram of carbs. No carbs left behind....Extended product information

Momordica charantia (bitter melon) has been used for centuries by traditional medicine practitioners for a variety of ailments. Bitter melon contains a trio of bioactive compounds with hypoglycemic properties, including charantin, vicine, and an insulin-like compound called polypeptide-p. Various pre-clinical studies have documented the and hypoglycaemic effects of M. charantia through assorted proposed mechanisms. Charantin, in particular, is noted in research to exert a blood glucose-lowering effect. Other studies also note that bitter melon may reduce glycogen formation in the liver while also increasing glucose uptake and utilization. *

Alpha lipoic acid (ALA) fatty acid and antioxidant found in every cell in the body that plays a key role in energy metabolism. Research notes that ALA may enhance glucose uptake and AMPK activation, supporting lower fasting blood sugar, appetite suppression, and increased energy expenditure. Na-R-ALA is the sodium version of the R isomer for ALA which is the most stable and bioavailable form of ALA available. It works via the same mechanisms as Alpha Lipoic Acid, but to a greater degree. Anecdotally, Na-R-ALA is known for its ability to enhance muscle pumps during training on account of increased glucose uptake in skeletal muscle tissue. *

Berberine is a well-known ingredient in the area of glucose disposal. Studies show it supports glycemic control and insulin sensitivity. More specifically, berberine has been noted to enhance glucose uptake into skeletal muscle via AMPK activation. AMPK is a “master energy regulator”, and its activation has been shown to increase mitochondrial biogenesis in skeletal muscle cells, improve insulin sensitivity, and reduce fat storage. Some research even suggests that berberine may be able to stimulate glucose uptake into muscle cells even if the cell happens to be insulin resistant. As great as berberine is, many individuals suffer GI distress from the ingredient. GlucoVantage is a derivative of berberine called Dihydroberberine (DHB). Preliminary research indicates that Dihydroberberine offers greater bioavailability and activity (5x more bioavailable/absorbable, and 2x longer-lasting) than berberine and comes without the GI distress. *

Gymnema sylvestre is a plant indigenous to Southeast Asia where it has a long history of use for promoting healthy blood glucose and cholesterol levels.* Researchers have yet to identify the exact mechanism by which gymnema supports healthy blood glucose levels, but they believe it may be due to a combination of increasing insulin, promoting regeneration of islet cells, increasing utilization of glucose by upregulating the activities of enzymes responsible for utilization of glucose by insulin-dependant pathways. Researchers even suspect gymnema may help reduce glucose absorption from the intestine. A comprehensive literature review of gymnema sylvestre noted that it may also help reduce plasma glucose levels, leptin levels, body weight and even BMI. Gymnemic acid formulations have also been found useful against obesity. *

The leaves of the banaba plant are rich in corosolic acid, a bioactive compound which is believed to induce GLUT4 translocation. GLUT4 is the insulin-responsive glucose transporter gene in the body. Additional studies suggest that corosolic acid supports glycolysis, glucose transport, and insulin sensitivity, which aids better glucose control and utilization. Banaba may also support weight loss efforts as well as the plant has been shown to inhibit the pancreatic lipase enzyme (an enzyme responsible for fat absorption). *

Derived from Arginine, Agmatine is a well-known nitric oxide support supplement that also possesses some unique and intriguing glucose disposal and nutrient partitioning properties. Agmatine can act upon imidazoline receptors), which releases β-endorphin, a neuropeptide that can dispose of blood glucose into skeletal muscle tissue (independent of whether it is exercised or at rest). Due to this, agmatine can reduce blood glucose via adrenal gland-dependent means as opposed to pancreatic (insulin)-dependent means. *

Cinnamon is an ingredient whose consumption has been shown to potentially reduce the rate at which glucose enters the body. It may also improve glucose utilization within cells. In vitro studies also indicate that cinnamon may support increased glucose uptake and glycogen synthesis. Animal studies indicate that cinnamon may also improve insulin sensitivity in the brain and lower liver fat. Cinnamaldehyde (one of the primary bioactives in cinnamon) supplementation has been found to support improved glucose and lipid homeostasis. *

BioPerine is the industry-leading patented black pepper extract standardized for piperine. BioPerine supports greater nutrient bioavailability via inhibition of enzymes that metabolize nutrients (such as CYP3A4) as well as proteins that contribute to first-pass elimination of drugs (such as P-glycoprotein).*

Chromium is a trace mineral required for numerous biological functions, including cholesterol synthesis and insulin metabolism. Research indicates an association between individuals with type 2 diabetes having lower levels of chromium than those without the disease. Additional studies suggest that chromium supplementation may benefit glucose disposal and stable blood sugar levels, reducing unnecessary blood sugar spikes as well as the carb “comas” that accompany high-carb meals. *