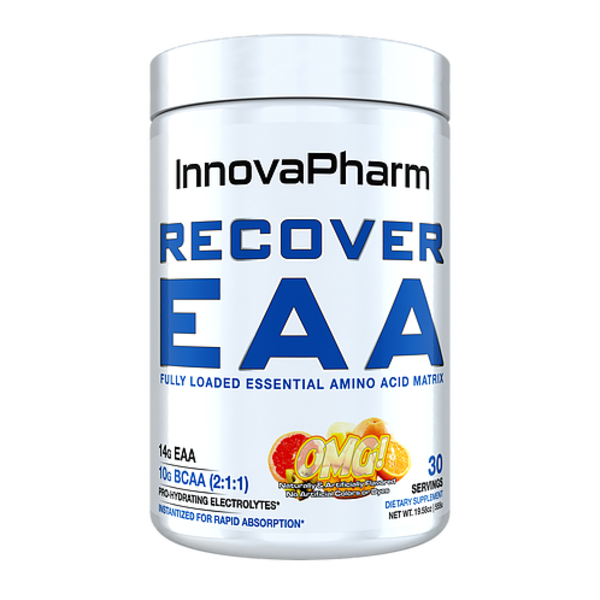 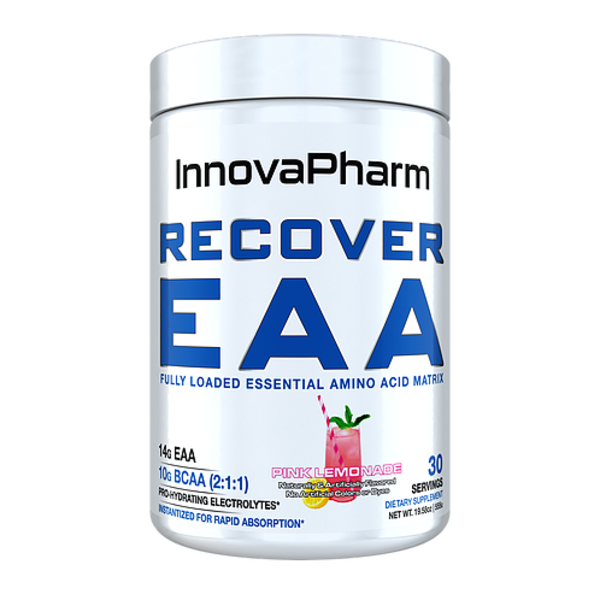 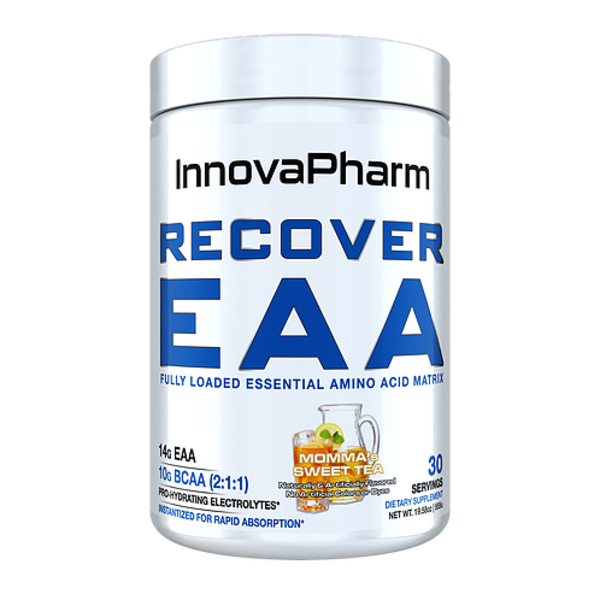 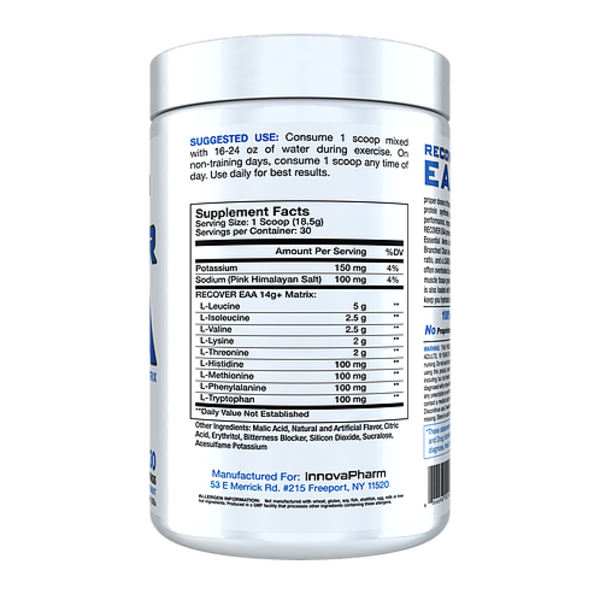 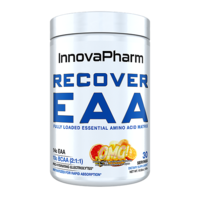 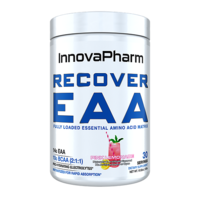 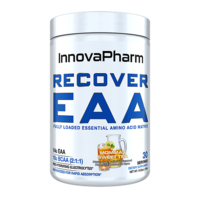 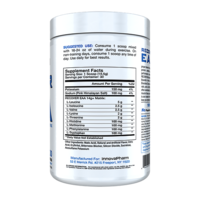 What is Recover EAA™?

EAAs are the darling of the supplement industry at the moment, with virtually every company releasing some type of essential amino acid supplement within the past 12 months.

Take a close look at those other EAA formulas, and you’ll notice a few things:

Recover EAA™ was formulated to address the shortcomings rampant in the amino acid market and provide a formula that not only supplies quality doses of ALL NINE essential amino acids, but delivers “enhanced recovery” that you’ll feel and notice from the very first serving.

Down below we’ll explain in greater detail why Recover EAA™ is markedly different from any other EAA supplement on the market, but first, here’s the “50,000 foot view” of the product…

Who is Recover EAA™ for?

Recover EAA™ is for anyone (male or female, young or old) who eats right and trains hard, yet still struggles to feel fully recovered in the days after a grueling workout.

Recover EAA™ contains NO stimulants and can be taken any time of day to support muscle recovery and growth, including pre workout, post workout, or as a low-calorie between meal snack.

Leucine really needs no introduction these days, especially in fitness circles. It’s the pride and joy of every amino acid formula and one of the main reasons whey protein is a staple for every athlete.

What makes leucine the proverbial belle of the ball (and BCAA) is its ability to stimulate the mechanistic target of rapamycin (mTOR).[1]

mTOR is a cellular signaling pathway that which dictates cell metabolism, growth, proliferation, survival.[2] mTOR is present in two complexes (mTORC1 and mTORC2), but for the purposes of muscle recovery and growth, the one we’re interested in is mTOR1 as it is responsible for muscle protein synthesis (i.e. muscle building).

Not only does leucine directly stimulate protein synthesis, it also stops muscle protein breakdown (a.k.a. catabolism), meaning it affects both factors that impact muscle growth.

Isoleucine is similar in structure to leucine and can also stimulate muscle protein synthesis. Though, it’s not quite as potent of an “anabolic trigger” as leucine, which is why it’s known as leucine’s “weaker brother” in certain circles.

What it lacks in mTOR-stimulating power, it makes up for in other areas. More specifically, isoleucine is required for hemoglobin (the oxygen-carrying protein in red blood cells) as well as blood sugar and energy regulation.[3]

It even has been noted to enhance glucose uptake and utilization by skeletal muscle use during high-intensity exercise.[4]

The oft-forgotten third member of the BCAA family, valine doesn’t garner quite as much discussion as leucine or even isoleucine. That’s because it’s relatively under-researched compared to the other two BCAAs.

However, valine has been noted to aid energy conversion glycogen synthesis in skeletal muscle, which helps combat catabolism.[5]

Most other EAA supplements on the market include 300mg lysine, at most.

Recover EAA™ supplies a heaping 2g of L-Lysine per serving.

So, why the high dose of lysine?

Well, in addition to its role is supporting protein synthesis (and thereby muscle growth and recovery), lysine also supports a number of other important biological processes, including[6,7,8]:

And to top it off, Lysine is also needed for the synthesis of carnitine, the biological “taxi” that shuttles fatty acids into the mitochondria so that they can be burned for energy.

Threonine is another scantily dosed essential amino acid in supplements, and much like lysine, it doesn’t get the recognition it deserves. Similar to lysine, threonine plays a critical role in the health and function of the immune system as it is a vital component of immunoglobulins (antibodies).[9] As such, deficiencies in threonine could adversely affect antibody production.

Threonine is required from the production of the amino acids glycine and serine, both of which serve key roles in muscle protein synthesis. Moreover, threonine also aids collagen synthesis, which begins to decline around age 25 in most adults, and supports gut function.[10,11]

And finally, the versatile amino acid works in tandem with methionine (another essential amino acid) and aspartic acid to enhance lipotropic function -- digestion of fats by the liver.

Histidine is a precursor to histamine and carnosine.

If that second compound sounds somewhat familiar, it should.

The way beta alanine does this is by binding to histidine to form carnosine.[12]

Therefore, if you do not have adequate amounts of histidine, your beta alanine supplementation may not be quite as effective as you had hoped.

Histidine also plays important roles in promoting wakefulness and cognitive function, due to the fact that histidine is required for development and maintenance of the myelin sheaths.[13]

In case you weren’t aware, myelin sheaths insulate the axon of nerve cells allowing them to send electric signals more quickly and efficiently.

Methionine is an essential amino acid, that truth be told, most supplement manufacturers and flavor technicians would rather not be quite so essential.

The reason for this is that methionine on its own tastes absolutely terrible and is insanely hard to make palatable. That’s why it’s quite frequently included in EAA supplements at doses between 25-50mg, or left out altogether.

Recover EAA™ includes 2-4x as much methionine as other EAA supplements.

So, what does methionine do exactly?

In addition to building proteins, it also helps create sulfur-containing molecules which are important for the modification and repair of DNA, protection of tissues, and maintaining proper functioning of cells.[15,16]

Methionine is able to do this because it contains a sulfur group, something most amino acids do not have.

This amino acid also serves as a precursor to cysteine, one of the body’s most powerful and important antioxidants.[17]

And, as we mentioned above when discussing threonine, methionine also supports fat digestion by the liver.

Phenylalanine is an EAA that is vital to the proper functioning of the central nervous system. The reason we say that is because phenylalanine is used to produce a slew of neurotransmitters and catecholamines.

Specifically phenylalanine supports synthesis of phenylethylamine (PEA) -- a feel good, euphoric neurotransmitter -- as well as tyrosine, the precursor to dopamine and the fat-burning catecholamines adrenaline and noradrenaline.[19]

Due to the wide-ranging effects of phenylalanine it’s no surprise researchers have explored its use as a means to treat depression.

In fact, one study of note in depressed patients found that supplementation with phenylalanine (75-200mg/day) documented significant improvement in depressive symptoms, with the majority of subjects requiring no further treatment.[18]

Tryptophan is the poor amino acid that’s often blamed for the post-Thanksgiving “coma” everyone experiences after feasting. This is due to the fact that tryptophan is a precursor to the neurotransmitter serotonin, which impacts feelings of well-being, cognition, and behavior.[20]

The body can subsequently convert serotonin to melatonin.

Note: This is probably why people blame the tryptophan in turkey for making them tired, but let’s be honest….most people get sleepy from eating too much, particularly high-carb foods which encourage tryptophan uptake into the brain and subsequently boost serotonin and melatonin.