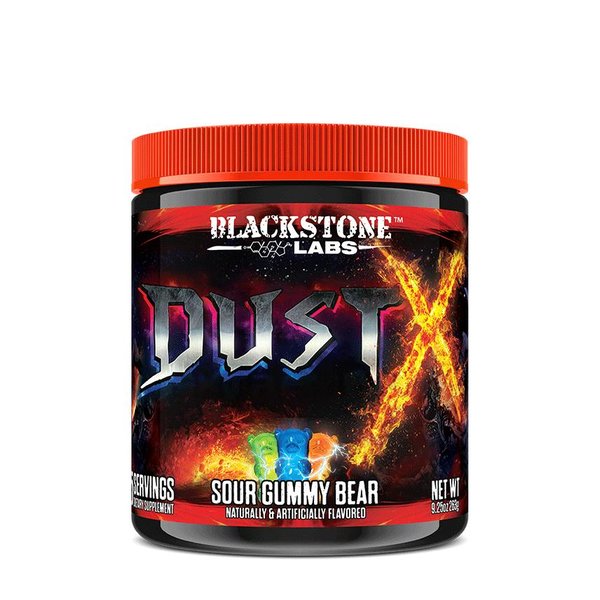 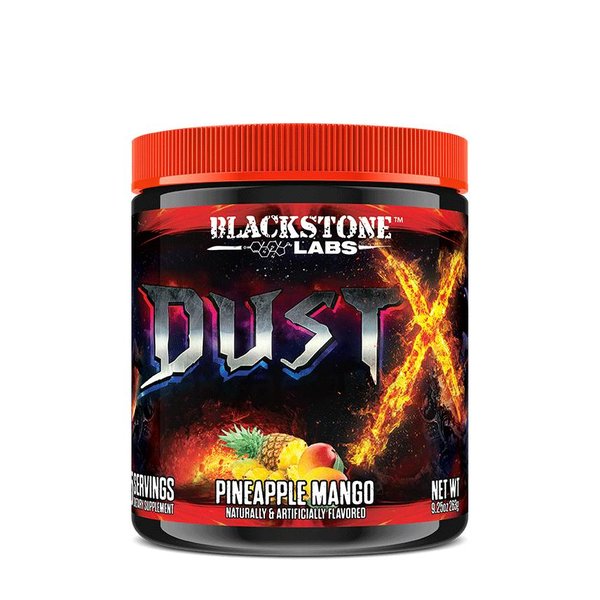 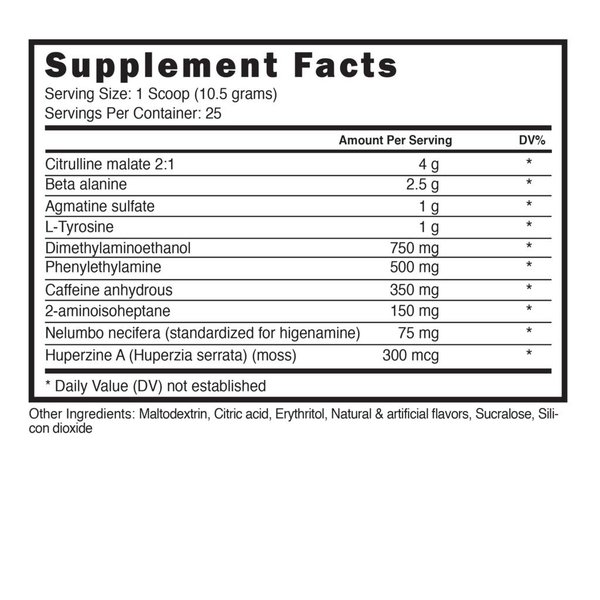 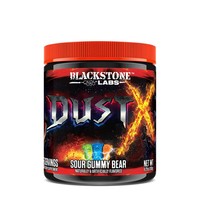 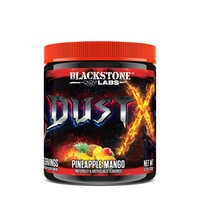 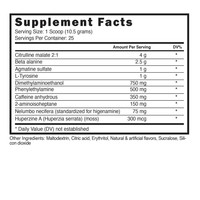 Heading into the gym you should be focused on one thing and one thing only -- complete and utter destruction of the iron. To get your mind and muscles prepared for the impending battle with the weights, you need a pre workout that emboldens you with the fire of 1,000 suns and the energy of a supernova. You need a cutting-edge pre-workout that will push you to the utmost extreme and then a little more.

Dust X is the single most powerful and explosive pre-workout ever formulated. Each scoop delivers intense, long-lasting energy and sleeve-splitting pumps that will make you never want to leave the gym. Hardcore training demands a hardcore pre workout, and for that the only option is Dust X!

Agmatine Sulfate (1g) promotes dense, long-lasting pumps and NO production by inhibiting the enzyme that breaks down arginine in the body (arginase). Agmatine works in conjunction with Citrulline Malate to provide a constant and powerful surge in nitric oxide all workout long.

Phenylethylamine (500mg) acts as a central nervous system stimulant that increases levels of many of the “happy hormones”, such as dopamine and serotonin. Phenylethylamine (PEA) crosses the blood-brain barrier where it exerts a strong, and rapid, spike in mood and overall well-being.

Caffeine Anhydrous (350mg) provides the immediate kick in the ass you need to get in the gym and get to work! Caffeine anhydrous is fast-absorbing and highly-stimulating resulting in demonstrably greater energy, focus, and motivation.

2-aminoisoheptane (150mg) is an aggressive psychostimulant, rivaling that of DMAA. Also known as DMHA, 2-aminoisoheptane is an aliphatic amine that promotes laser focus, intense energy, and relentless drive. You could say it’s the “heir apparent” to the king of stims.

Higenamine (75mg) activates the “fight or flight” by increasing production of noradrenaline (norepinephrine). Higenamine enhances fat burning during a workout and adds that “little something extra” that missing from all other pre workouts.

Huperzine A (300mcg) increases acetylcholine production indirectly by inhibiting acetylcholinesterase, the enzyme that breaks down acetylcholine. Huperzine works together with DMAE to promote long-lasting focus, concentration, and alertness during training.

As a dietary supplement, mix one (1) scoop in 8-10 oz. of water 30 minutes prior to workout on training days, or first thing in the morning on non-training days. Due to extreme potency, new users may wish to assess tolerance with one half (1/2) scoop.